Glenn PiperPosted on November 27, 2013 Posted in Awards and Recognition, News — No Comments ↓

It’s awards nomination time in Kittatinny Lodge. As we draw near the end of the year, it’s time to reflect back upon the works of the lodge and the people that made things happen. There are two awards that will be presented at the annual Fellowship Feast on March 1st which all lodge members can submit worthy Brothers for recognition of contributions above and beyond.

Spirit Award: The Spirit Award is an honor that Kittatinny Lodge 5 bestows to those Scouts or Scouters who, by reason of exceptional service, have made contributions beyond the immediate responsibilities of their position or office during the past year.

Please take a few moments to review the award criteria and download the Camp Service Award and/or Spirit Award nomination forms here or from the Forms Page.

All nomination forms must be completed fully and received at the Council Service Center no later than January 31, 2014 to be considered. 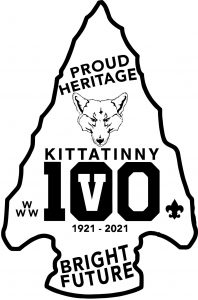